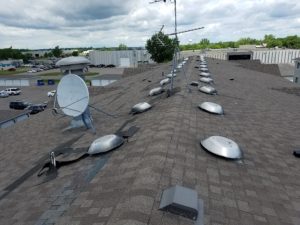 On June 11, 2017 Minnesota experienced an early-season summer storm. In Waite Park there was a line of wind damage that ran in a narrow path from Southwest to Northeast, in this band trees were uprooted or broken, roofs were torn off, siding was damage and power lines were downed. Just next to the damage the neighbors experienced no loss.

West Stonehill apartments in Waite Park experienced the loss of trees, soffit, fascia and a portion of the roof on one of their apartment buildings. As an emergency remediation, the roof was tarped off until an insurance claim could be made and work scheduled. Justin Smith and Shawn Brannan from All Elements were called in to manage the insurance adjuster and repair the damage.

In addition to shingling the damaged portion of the apartment building an adjacent garage was damaged in the storm as well as soffit and fascia from several buildings, accent metals from building entrances and the steel roof of a pavilion that was damaged when a tree fell onto it. 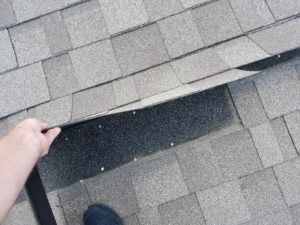 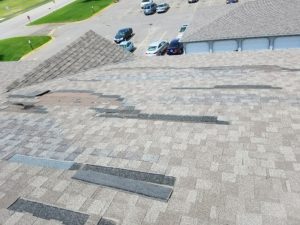 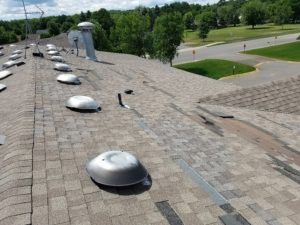 After an examination of the apartment roof with the insurance adjuster it was determined that only a portion of the apartment building roof was damaged and would be replaced under an insurance claim. Once the claim was approved, the work was scheduled. The tarp and remaining shingles were removed from the specified portion of the roof and hauled away. Matching shingles were located and installed on the roof and today the roof has a seamless appearance to its residents.

It’s not too late! If you suspect your building received damaging weather during the summer of 2017 contact All Elements today for a complimentary roof inspection.